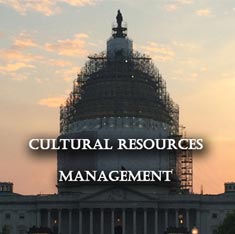 Saving Priceless History! From cracks in the US Capitol Dome, to the dirt of Idaho, to the empty shelves of the Iraq Museum, experts protect the artifacts of our society. These artifacts are an important element of maintaining the lessons of who we are, of remembering what came before, and of having an appreciation of what we can accomplish. Encompassing historical archaeology, restoration, and even investigating the theft of priceless artifacts, it turns out these efforts have beginnings and endings, outputs and outcomes, teams, plans, risks, and budgets – they are projects. In this episode, we discuss three very different CRM projects: the restoration of the most iconic building in the United States (the Capitol Dome), the identification of a lost town in Idaho, and the memorable recovery during the Iraq conflict of some of the most important cultural artifacts of antiquity. We see the efforts of these professionals, Christine Merton, Bob Weaver and Colonel Matthew Bogdanos through a PM Point of View, and take some lessons that we can use in all of our projects.

PM Point of View® is a podcast series produced by Final Milestone Productions and is a registered trademark of M Powered Strategies, Inc.

In 1990, she joined the White House Military Office as a Project Manager responsible for managing classified design and construction projects at the White House, Camp David, and other Presidential Support Facilities.

In 1998, Ms. Merdon was hired by Clark Construction, LLC, where she was project manager and superintendent on numerous projects including the American Red Cross Headquarters, Bethesda Place II, and the renovation of Baltimore’s historic Hippodrome Theater.

Ms. Merdon joined McKissack & McKissack in 2000, where she ascended to the role of Senior Vice President of Program and Construction Management. Her responsibilities included operations and business development for program and construction management contracts in Washington, DC, Chicago, Illinois, and Los Angeles, California. She was instrumental in the growth of the company in Washington, and start-up and management of the program management division in Chicago and Los Angeles. All told, she has been responsible for the successful program and construction management of more than $11 billion in major construction projects and programs including: Washington Nationals Major League Baseball Stadium, O’Hare Modernization Program, Eisenhower Executive Office Building life-safety upgrades, Los Angeles Unified School District, Martin Luther King, Jr. National Memorial, Smithsonian Institution’s National Museum for African American History, and Lincoln and Thomas Jefferson Memorial Renovations. Throughout her career, Ms. Merdon has won many outstanding performance awards, as well as project excellence awards for construction projects. She is a Registered Professional Engineer in the Commonwealth of Virginia, a member of the Construction Management Association of America, and a Certified Construction Manager. Ms. Merdon is the President of the DC Chapter of the Architecture, Construction, and Engineering (ACE) mentor program, and is very active in the Women in Engineering program at the University of Maryland.

Colonel Matthew Bogdanos is a homicide prosecutor for the New York County District Attorney’s Office. Raised waiting tables in his family’s Greek restaurant in Lower Manhattan, he is a former middleweight boxer who joined the U.S. Marine Corps at 19. He left active duty in 1988 to join the DA’s Office; but remained in the reserves, leading a counter-narcotics operation on the Mexican border, and serving in Desert Storm, South Korea, Lithuania, Guyana, Kazakhstan, Uzbekistan, and Kosovo.

Losing his apartment near the World Trade Center on September 11, 2001, he joined a counter-terrorism task force in Afghanistan, receiving a Bronze Star for actions against al-Qaeda. He then served in the Horn of Africa and three tours in Iraq—leading the international investigation into the looting of Iraq’s National Museum—before deploying again to Afghanistan in 2009. The first to expose the link between antiquities trafficking and terrorist financing, he has presented those findings in 22 countries, in venues including the United Nations, Interpol, British Parliament, the Peace Palace in The Hague, and the U.S. Senate. He received a National Humanities Medal from President Bush for helping recover more than 6000 of Iraq’s treasures in eight countries.

He holds a classics degree from Bucknell University; a law degree, master’s degree in Classics, and Recognition of Achievement in International Law from Columbia University; and a master’s degree in Strategic Studies from the Army War College. In addition to dozens of military decorations, he received the 2004 Public Service Award from the Hellenic Lawyers of America, 2007 Proclamation from the City of New York, 2009 Proclamation from the City of Philadelphia, 2011 Ellis Island Medal of Honor, 2016 International Giuseppe Sciacca Achievement Award from the Vatican, and was Grand Marshal of the 2010 Greek Independence Day Parade.

Returning to the DA’s Office in October 2010, he still boxes for wounded veterans and continues the hunt for stolen antiquities, recently leading an investigation that resulted in the largest seizure of stolen antiquities in U.S. history: $150 million dollars in ancient statues stolen from Southeast Asia. All royalties from his book, Thieves of Baghdad, are donated to the Iraq Museum.

Robert Weaver is the lead historian on major CERCLA and other environmental litigation cases. Researched industrial technology and process, identified Responsible Parties, and assisted attorneys in case strategy. He also continues with cultural (archaeological) resources projects. He served as lead historical archaeologist for the Sandpoint Archaeology Project, which is the largest Section 106 mitigation project in the State of Idaho. The project excavated information on the initial railroad town of Sandpoint (1881-1915) and recovered over 560,000 artifacts, mainly historical.