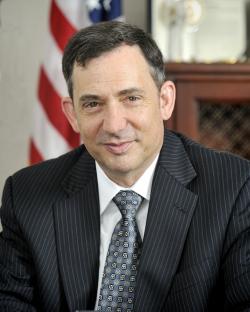 PMs know how to deliver with the disciplines they have learned, but from an executive’s point of view, what’s missing? The answer may surprise you, from this interview with Mr. Bob Brese, CIO of the Department of Energy.

Mr. Brese is the Chief Information Officer (CIO) for the Department of Energy (DOE). He provides leadership, establishes policy, and maintains oversight of DOE’s annual $2 billion investment in information technology (IT), at more than 25 National Laboratories and Production Facilities, to enable urgent missions that span from open science to nuclear security. Mr. Brese is also a leader in the U.S. Government’s cybersecurity community and a key contributor to the Administration’s efforts in legislation, policy and technology research, development, and deployment. He is a Chair to the CIO Council’s Management Best Practices Committee and also serves as an advisor to the Domestic Policy Council’s Strong City, Strong Community Pilot. Prior to his current assignment, Mr. Brese served as DOE’s Deputy CIO.

Previously, Mr. Brese was the Deputy CIO for Information Technology for the National Nuclear Security Administration (NNSA) and also the Director of the Office of Program Evaluation within Defense Nuclear Security in NNSA, where he began his civilian career and his tenure in Senior Executive Service.

Prior to working in NNSA, Mr. Brese served as a submarine officer in the U.S. Navy, retiring after a 22-year career, which culminated in his assignment as a Senior Advisor to the Deputy Administrator for Defense Programs within NNSA.

Mr. Brese holds a Federal Chief Information Officer Certificate from The National Defense University. He obtained a Master of Science from Catholic University of America, was a qualified Naval Nuclear Propulsion Engineer in the U.S. Navy’s Nuclear Propulsion Program, and received a Bachelor of Engineering at Vanderbilt University.