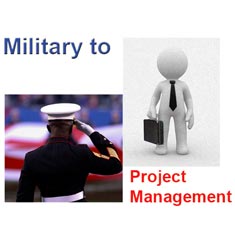 From POG to PM (yes, you have to listen to figure that out!), it’s the PM Point of View podcast, looking at how leaders in project management are putting together the ideas, activities, and chapter board support to serve those who have served us.

Listen in (and get a free PDU) to leaders from DC to Tampa Bay to Houston talk about their experiences with Project Management while in service, and how that has served them to become civilian PMs. As chapter members, we also get to hear how we can reach out and help the transition and grow our membership.

Sandy Hoath Cobb has delivered powerful results in over 5 industries, from start-up organizations to mature corporations, agencies and military commands for over three decades.

A true thought leader, Sandy is passionate about helping clients build effective strategies, efficient management and exceptional execution through the right mix of process, discipline and rigor. Sandy is an advocate of mentoring, training and knowledge sharing, and has been a member of PMI for over 10 years serving at both the chapter and global levels.

Her credentials include PMP, PgMP, PfMP, ITIL, and Six Sigma. Sandy has an entrepreneurial spirit owning 2 companies for over 12 years, and is the co-founder of Gr8MilitaryPM providing transition guidance and support to military personnel.

Jay Hicks is an author, instructor and consultant, with over 30 years of business and government planning and leadership.

He advises commercial and federal organizations on the planning, development and leadership of Project Management Organizations, delivering viability and value. Jay speaks, writes books and articles, guides and consults people and organizations in aspects of military transition.

With a special kinship for military personnel, he provides guidance on successful civilian career transition.

Jay is the co-founder of Gr8Transitions4U, where speaking, writing and assisting organizations in understanding the value of hiring military personnel is the key focus.

Meet Andy Walker – the new 2016 PMIWDC Chapter Vice-Chair and COO. Andy has volunteered for over 5 years starting as a volunteer with the Programs Committee assisting in recruiting speakers for our chapter dinner meetings. Andy quickly ascended to AVP of Evening Programs and was subsequently elected to VP Programs in 2012. In 2014 Andy was elected to the Governance Board as a Director-at-Large where he took on a special assignment as the PM over the planning and execution of the annual 2015 PM Symposium.

Beyond his PMIWDC volunteer work, Andy is the SAP Federal Sales Executive for Deloitte Consulting, LLP with over 16 years in sales, management consulting and industry project/program management experience. He specializes in the strategic planning, business development, marketing and sales of SAP projects.

Andy has held positions of increasing responsibility as an officer in the United States Marine Corps, Honeywell Aerospace and Deloitte Consulting, LLP managing both local and globally disbursed teams. He has led projects with Marines in wartime situations and led or supported seven full lifecycle SAP implementations as well as numerous other IT infrastructure improvement projects. Andy also has added expertise in the implementation and oversight of PMO operations, supporting methodologies, processes, and tools.

Andy has an established track record of exceeding expectations and is consistently evaluated as top performer while rapidly adapting to a myriad of work environments, roles and emerging technologies.

Andy also plays an active role elsewhere in the community having led multiple Deloitte volunteer events, including the Deloitte Philadelphia Office’s largest National Impact Day of Service event at Cradles to Crayons with over 100 volunteers as well as a Deloitte team for a Travis Manion Foundation Heroes Run. Andy has also volunteered and/or led events with Habitat for Humanity, Adopt a Highway and Rebuilding Together Philadelphia.

Andy holds a Masters in Computer Information Systems from the University of Phoenix and a Bachelors of Business Administration and Finance at Villanova University where he was honored as most outstanding midshipman in his Naval Reserve Officer Training Corps class.

Andy resides in Fort Washington, PA with his wife Meghan and kids Grace and Danny. Andy enjoys running, having recently completed the Marine Corps Marathon as well as traveling and spending time with his family.