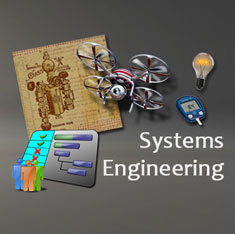 Our PM methods face stress in the face of projects that are related to research and development…where systems engineering is the key discipline is needed. The focus is on the requirements that change, that the project scope is unstable, as there are decisions that will arise after the project is undertaken. The PM’s task becomes a focus on creativity over structure…but what are those trade-offs? We need to follow more conditional branching, tasks that aren’t executed, and tasks that are suddenly forced to be repeated until an exit condition is met. It gets complicated when seen from our standard linear view. Listen in and here three engineers. Randall Iliff, Ruth Barry, and Nathaniel Fischer discuss projects with different definitions of what “done” looks like.

Mr. Iliff has over 35 years’ experience leading developmental effort, and has participated in all phases of project execution from proposal to close out. He is a seasoned large-project PM as well as a recognized expert in Systems Engineering. Mr. Iliff holds a BS in Engineering / Industrial Design from Michigan State University, and an MS in Systems Management, Research and Development from the University of Southern California. Mr. Iliff is a charter member of the International Council On Systems Engineering (INCOSE), and currently serves as the INCOSE representative on an alliance between INCOSE, PMI, and the MIT Center for Program Excellence. Until early 2016 Mr. Iliff was VP at the award-winning design firm bb7, where he was also Director of Strategy, Methods and Learning. Prior to that he worked for Motorola, Martin Marietta, and McDonnell-Douglas. In 2016, he left bb7 and founded Eclectic Intellect.