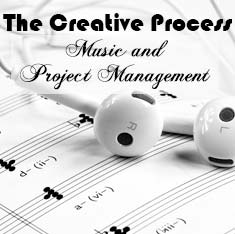 The United Kingdom of PMI is taking outreach seriously, as Project Management is exposed to the universities there. In this podcast we follow the introduction of PM methods into the University of Derby, School of Art and Design—and discover the unusual cross influences of creativity and PM.

Do you have comments or thoughts about this episode? Ideas for future topics or guests? Join the discussion on our Facebook page at www.facebook.com/pmpointofview

Duncan Chappell, PMP, is an experienced Project Manager with his main focus being IT infrastructure. He joined ExxonMobil at the age of sixteen in 1979 and has worked in a number of roles spending the early part of his career at sea training as a Deck Officer. With no seagoing jobs available after qualifying he made the unusual move to be an accounts payable clerk, then moved into transport planning and onto a being a transport supervisor. He got into IT and projects whilst standing in for a systems analyst during a UK wide system upgrade in 1987.

Roles followed as a Systems Analyst, Network Analyst, Infrastructure Coordinator, Quality Assurance Manager, Co-dependent Projects Analyst and Project Manager with the roles becoming wider reaching in geography, technology and responsibility. Types of projects worked on include the pilot for what became a global SAP implementation, a global server and desktop roll-out, and a global HR SAP system upgrade. He is currently the PM for the network device replacement program working with teams that span from Melbourne to Calgary, and also runs the Data Privacy Reengineering project with a US & Europe based team.

Outside of work Duncan is a keen volunteer. He was a school governor for 13 years, was an executive on the Oxfordshire Governors Association for 5 years and has been actively involved in the Project Management Institute (PMI) UK Chapter since 2007. He was the PM for the PMI UK Chapter annual event in 2008 for which he picked up the PMI EMEA Volunteer Leader of the Year award. He was the PMI UK Chapter Communications Director for three years, then two years as the President and is currently the University Outreach Director. He is married to Vanessa and has two children, Robert in his second year at the University of the Arts, London and Nicole who is her first year at Cardiff Metropolitan University.

Raji Sivaraman is a long time certified PMP (Project Management Professional) and has a Master of Science in Project Management. She is a citizen of Singapore and is currently living in Princeton, NJ. She speaks several languages and has worked in many countries including Singapore, Thailand, India, and USA.

She has been a part of the Project Management Institute, for well over a decade, rising through the ranks from a volunteer to a Global position. Currently, she is a part of the Chapter Member Advisory Group of PMI Global. As a Consultant, she has worked in many industries such as IT, publishing, billing solutions, financial services, education, and logistics industries.

Chris is Senior Learning and Teaching Adviser for the Institute for Learning Enhancement and Innovation, Faculty Curriculum Development Manager and Senior Academic in the Faculty of Arts, Design & Technology of the University of Derby in the UK.

A classically trained musician and practitioner in the technological arts with approaching 20 years experience of teaching in higher education, Chris has presented and published widely on the subjects of creativity, artistry, technology and education, and is an active member of the American Creativity Association, Associate and Fellow of the Higher Education Academy, principle researcher of the Creative Technologies Research Group, and associate of the Digital and Material Arts Research Centre in the UK.